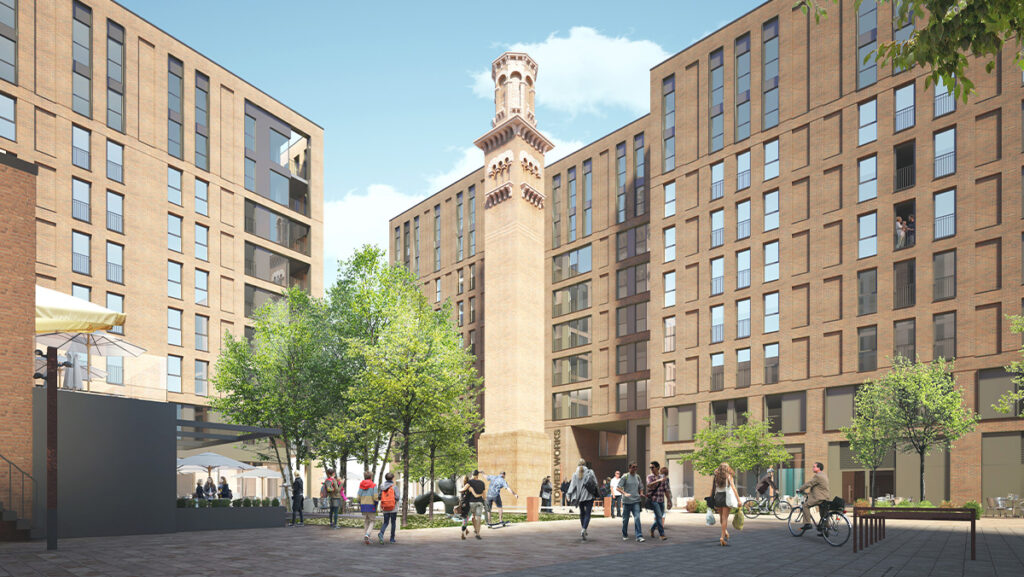 Having secured planning for Phase 1 of the scheme last year, Richardson and Ask Real Estate will act as developers for Legal & General’s latest 245 unit BTR development at Tower Works. Once complete, the mixed development will provide two new residential buildings with 1, 2 and 3-bedroom apartments to the south of Leeds railway station. Sir Robert McAlpine is in place as lead contractor and works will start on site in the coming weeks.

Leeds is one of the UK’s largest cities in terms of population and economic output, yet supply of housing in the city centre has been severely constrained over the past decade. Current housing stock is unable to meet the growing demand for rental accommodation. Recognising the prospect for rental growth in Leeds, Legal & General has acquired two BTR sites in the city centre; Mustard Wharf in 2017, and now Tower Works. Both sites are central to the landmark South Bank regeneration area, and together will deliver 500 homes, offering one, two and three bedroom apartments, alongside over 16,000 sq. ft. of commercial space.

Ben Holmes, Real Estate Director for Richardson added: “Tower Works is one of Leeds’ most exciting residential development opportunities and we are very proud to have secured funding with Legal & General to bring this superb site forward and create much needed new homes for the city.”

Dan Batterton, Senior Fund Manager, BTR, LGIM Real Assets said: “As Covid-19 drives secular changes and a fundamental rethink of many areas of the real estate sector, BTR has remained largely unaffected. It has delivered stable income returns throughout the crisis, with occupancy, rent collection and demand remaining high. In the last two weeks we have let our 1,000th apartment and welcomed the first residents to our Mustard Wharf scheme in Leeds. This continued demand further demonstrates the need for homes with functional space to work, alongside convenient access to local cultural and leisure amenities.”

“The Tower Works development further strengthens our existing portfolio. Today, it has committed over £2 billion in the sector, with nearly 2,000 operational apartments and a pipeline to deliver a further 7,000 apartments by 2025.”