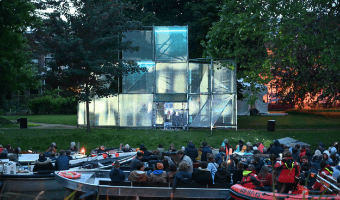 Leeds City Council has approved plans to create 245 new homes at the historic Tower Works site on Globe Road in the South Bank area of the city centre.

The development, by Richardson and Ask Real Estate Ltd and in conjunction with Homes England, will bolster the availability of housing in the Leeds area. Once complete Tower Works will provide two new residential buildings with 1, 2 and 3-bedroom build to rent apartments and duplexes to the south of the railway station.

Commenting on the planning committee’s approval Ask Real Estate managing director John Hughes said: “Tower Works is in a superb location; it is one of the most distinctive sites you see as you travel into Leeds city centre. It has been neglected for many years and we are delighted to be able to now bring it back into active use as a key part of the emerging South Bank area. The existing creative hub at Tower Works is already home to many media, tech and digital companies and the residential element will further complement the thriving community on site.”

As well as creating new homes, the approved plans include ground floor commercial uses and extensive new areas of public realm which will create a pedestrian route through from the city centre to the Holbeck Urban Village neighbourhood.

Leeds City Council is also planning to redevelop the Grade II listed Engine House at Tower Works as a post-production facility following Channel 4’s move to the city. Tower Works has a rich industrial history. Established in the 1860s as a steel pin factory for carding and combing in the textile industry, the works closed in 1981 and have been earmarked for regeneration for many years. The original Victorian buildings, designed by Thomas Shaw, are famous for their Italianate influence which is most obvious in the three prominent towers: Verona; Giotto and Little Chimney, a much-loved element of the Leeds skyline and which will be a focal point of the scheme.

Commenting on the scheme’s approval Ben Holmes, real estate director for Richardson, said: “We have been working closely with the City Council to evolve and refine the designs in recent months and are delighted that the scheme is approved. The South Bank area of the city is being totally transformed and is one of the most desirable residential locations in Leeds. We have received a great deal of interest in Tower Works and are looking forward to bringing it forward this year.”

The delivery team also includes: engineering firm WSP; Ryder Architecture which has designed the scheme and project managers and QS Faithful and Gould.