With over 20 years’ development experience, the majority of which has been gained during his time at Ask, John has been responsible for the delivery of highly complex, city centre office, leisure and retail projects.

In 2008 John joined the Board of Directors, becoming a shareholder at the same time and has since played a key strategic role in securing long term investment which puts Ask in a strong position to continue to grow the company’s mixed use portfolio and deliver its business plan.

John has worked closely with some of Ask’s key strategic partners including Manchester and Salford City Councils.  He took Ask into joint venture with Tristan Capital Partners and Network Rail to deliver the recently completed 600,000 sq ft office-led development at Embankment in Manchester City Centre, and a recent JV partnership with PATRIZIA is bringing forward a major development at Newcastle Gateshead Quays.

Leading on the company’s flagship scheme at First Street, where in 2015 he had responsibility for ensuring that the major phase of leisure development totalling 500,000 sq ft completed on time and on budget, John is now managing the continuing expansion of this important employment-led Estate.

In October 2017 John was appointed Vice Chair of One Manchester, a provider of housing and community services, which has a 12,000 strong housing stock.  He chairs the Growth Committee and is a member of the Remuneration and Governance Committee.

John is a respected member of the property professional community and is a regular panel member and commentator on property-related seminars, events and round table discussions including North West Business Insider and Estates Gazette.

Where have you worked previously?
Henry Boot Developments Ltd, as a graduate in 1997, rising to North West Regional Manager in 2000 before joining Ask in 2003.

What professional and personal experience do you bring to your role?
Having qualified as an associate of the RICS in 1998, I set my sights on an exciting and fast moving career as a property developer. I had gained valuable experience from my placement year from Sheffield Hallam University, during which I began to appreciate that real estate is very much about people, rather than bricks and mortar or glass and steel. The ability to forge positive, mutually beneficial relationships with people across a range of sectors is critical to delivering quality real estate projects. Since joining Ask in 2003 I have had the privilege of working with a number of inspiring and creative people and organisations on a range of brilliant projects which have been the envy of our competitors. I have taken with me from each and every project something unique. It is this experience which I committed to myself that I would take forward to every new project in which I could be involved. I have definitely learned that complex, multi-phase projects in city centre locations demand financial and intellectual investment; many people run away from such opportunities, but my experience tells me these are where true rewards lie.

Name a desert island disc. How and when did you discover it?
Doug Lazy – Let It Roll.  I’m from Blackburn, where the rave scene truly got going around 1989 when I was 15. This track was one I first heard in an warehouse full of very happy people who had descended from all over the North West of England!

What’s your signature dish (and does anyone else agree)?
I am a member of the worshipful company of beach BBQ masters, which I practise on the beaches of the Llyn Peninsula!

And what about your sporting talents?
I had dreams of becoming a professional cricketer up until the age of 16 when I realised that I just wasn’t good (fast) enough. I played (I opened the bowling) at the English Schools Bunbury Cricket Festival at Oundle School when I was 15 in the North team with a decent player called Michael Vaughan and a very average player called Gary Neville, who broke his finger dropping a catch off my bowling… (whose younger brother Phil was twelfth man for the week of the festival but was such a good batsman he should have played!)

What’s your hometown famous for?
The first warehouse raves in the UK, and so de facto the ‘Madchester’ scene  / Alfred Wainwright / “A Day in the Life” by the Beatles. 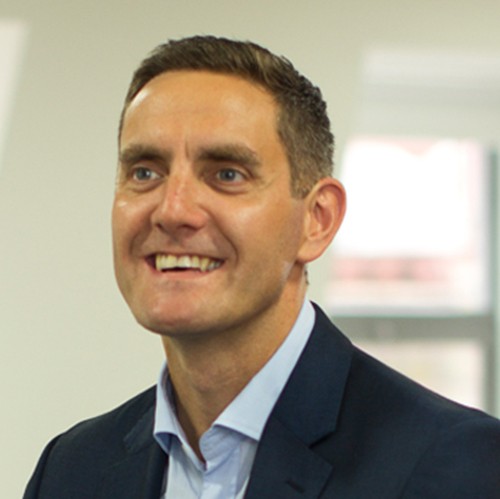